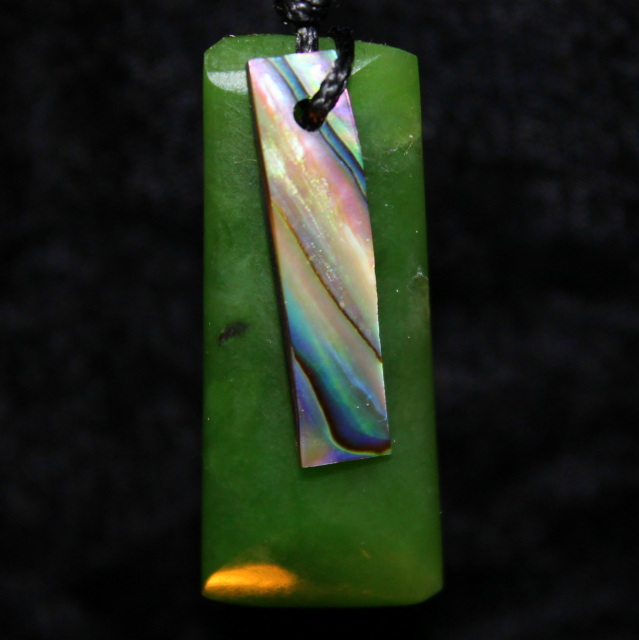 SKU: 000002
$30.00
$30.00
Unavailable
per item
Dimensions:  Pounamu   1 1/2 in height  x 1 in width  Paua   1/4 in width x 1 in height
It is believed that a carving -- taonga -- which is worn with respect or given and received with love, takes on part of the spirit of those who wear or handle it. In this way it becomes a spiritual link between people spanning time and distance. A carving that has been worn by family or tribal members over many generations contains the spirit of all of those people and is truly a great and powerful treasure.
Pounamu – New Zealand’s highly prized stone – has been used by Māori to denote status and authority, for adornment, and for making peace.  Treasured by all New Zealanders for it's value and spiritual significance.  Pounamu refers to several types of hard, durable and highly valued nephrite jade, bowenite, or serpentinite stone found in southern New Zealand. Pounamu is the Māori name. These rocks are also generically known as "greenstone" in New Zealand.
Paua  Pāua are recognised taonga, or treasure, esteemed both as kaimoana --seafood and as a valued resource for traditional and contemporary arts and crafts. Pāua are frequently used to represent the eyes in Māori carvings and traditionally are associated with the stars or whetū, the symbolic eyes of ancestors that gaze down from the night sky.

Add to Cart
Powered by